Dr. Knapp, who took office in August of 1997, has overseen a tripling of the college’s enrollment, the bolstering of technical programs offerings, and the addition of three new campus buildings and an athletic complex.

“Scott proudly regards CMCC as the crown jewel of the Maine Community College System. With strong financial stewardship, ever increasing enrollments, championship-caliber programs and a loyal and dedicated staff, his leadership has guided CMCC to an enviable place in Maine and in the country,” Daigler said.

Dr. Knapp, the longest serving college president in the state, said some of his proudest moments have come in recent months.

“While the College has experienced tremendous growth over the past 23 years, none of this could have been accomplished without the contributions of our dedicated faculty and staff, as well as the generosity of the leadership of the state of Maine and her citizens,” he said. “I am especially proud of the nearly 500 students who overcame numerous obstacles and graduated this spring.” 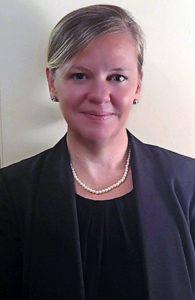 During his presidency, Dr. Knapp spearheaded the college’s expansion to a full community college and saw enrollment triple to more than 3,000 students. CMCC has more than 40 programs today, including offerings in network security/computer forensics, criminal justice, plumbing and heating technology and HVAC/R.

He oversaw the opening of the Lapoint Center, which houses classrooms and computer labs; the Rancourt Hall residence facility; a new nursing simulation lab; the renovation of Jalbert Hall to include the early childhood education area; a new, state-of-the-art criminal justice lab; and the renovation of the graphic communications classrooms.

In 2015, the college opened The Learning Tower, a four-story academic facility that houses case-study rooms, presentation and seminar rooms, and an organic chemistry lab. This lab was instrumental to the success of the college transfer agreement with the University of New England. Last year CMCC added an esports arena and a lighted, synthetic-turf, athletic complex.

“Scott has been a mentor, strong leader, and a person that people respect greatly,” said Bill Cassidy, the chairman of the MCCS Board of Trustees and president emeritus of Washington County Community College in Calais. “He did more than grow Central Maine Community College. He made it a place of excellence. He made every effort to bring in the best faculty and staff while working to make the facilities superior and adding programs that reflect innovation.

“I hate to see a friend depart, but I also celebrate his retirement for him and his family,” Cassidy added.

A search for the next president of Central Maine Community College will launch in the spring.

Dr. Knapp, a resident of Scarborough, has long had an active civic life, including his role as chairman of the American Red Cross United Valley Chapter. He has also served as a member of the board at St. Mary’s Charity Healthcare System, the Auburn Business Development Corporation and at Maine Manufacturing Extension Partnership. He also served as chairman of The Maine Higher Education Council and the American Council on Education Commission on Lifelong Learning.

Dr. Libby has worked at CMCC since 2006, and has deep ties to the students, faculty, staff and larger community. In addition to serving as acting president, she has been the dean of academic affairs, the dean of student services, the director of admissions and an adjunct faculty member.

“I am looking forward to my role as president of Central Maine Community College for many reasons. During my career at CMCC, I have been afforded an opportunity to learn from a visionary leader and work alongside an amazing and dedicated faculty and staff,” Dr. Libby said. “I am excited about continuing these relationships in a new role, as well as those with my colleagues across the state, to best serve the needs of Maine’s workforce.”

Prior to working at CMCC, Dr. Libby held administrative roles at State University of New York at Canton. Her dissertation was in Higher Education Leadership and her community service includes three 2-year terms on the LA Metro Area Chamber of Commerce, including a term as chairwoman of the education workforce committee.